Duncan Goodhew MBE took time out of his busy schedule to visit the Swimkidz Annual conference. The Olympic gold winning swimmer inspired the delegates by talking through his life supported by some personal pictures which bought the session to life.

He explained the challenges he had faced including bullying because of his alopecia which was bought on after a fall from a tree when he was 10 and his struggle with dyslexia which was not fully understood at the time of his schooling. He found great support from his new swimming coach when he moved school which ignited his passion for swimming with the feel of freedom in the water. Duncan said “To swim once a day is a good day, to swim twice a day is a great day”.

Following the untimely death of his father Duncan was awarded a scholarship to study business studies and swimming in America where he refined his swimming skills with what was at the time a new approach to the mental side of sport. His pride of when he was elected captain of the GB swimming squad was palpable as he thrived on the additional responsibility. Duncan very kindly bought along his gold medal to show us and explained how it felt during the hours surrounding the Olympic final and how it felt, it was truly inspiring.

Trish Hare, Franchisor of Swimkidz, said “It truly was an honour to meet and listen to one of Great Britain’s legends, we all felt inspired by his own personal battles that he had during his career and not all of them were swimming related. It showed us how important teaching swimming is and that it is not just the physical act of gliding through the water but we as individuals can inspire further generations not only to swim but also influence other elements of babies and children’s lives.”

Tamlin Van Vuuren the Swimkidz Franchisee for Surrey and Hampshire said “It was truly fantastic to meet one of my all-time hero’s. He inspired me when he swam in the Olympics and I still remember shouting in support at the TV during his final. To have Duncan come and talk to us was a real honour and he has such a great personality.

All the delegates enjoyed the session and were really inspired and have taken on board a lot of learning points from Duncan. Duncan said “To all at Swimkidz, work to a plan, the kids you teach deserve the best and it feels great when the plan works”.

Swimkidz would like to thank Duncan Goodhew for coming and providing such a valuable and inspiring insight into his life and success. 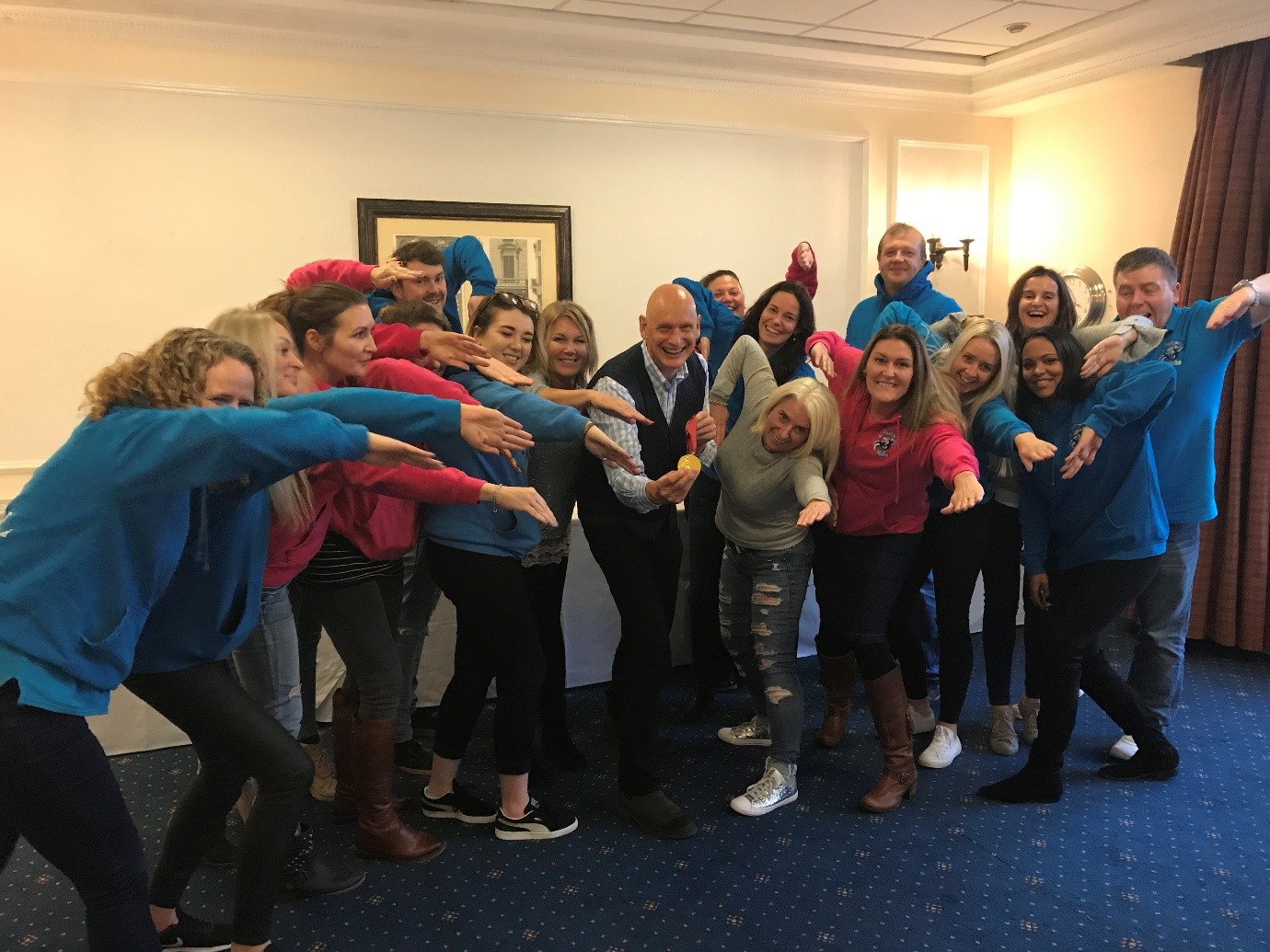